The King of Fighters suffered this terribly in the '94 and '95 incarnations. There was an ability called "Evade" that, if timed right, allowed the character to dodge attacks. This translated to "The computer is immune to projectiles". And in a callback to Fatal Fury 2 , getting blocked when you jumped in would lead to an instant throw. In addition to the usual SNK unfairness, the game uses a gauge system that goes up when you hit the opponent and down when they hit you to measure how well you do and decides who wins at time out based on that.

Combined with the fact the timer acts like it is on speed combines to add yet another layer of evil to the mix. Tekken 5 's Jinpachi Mishima was a great example of this trope. He had The Stomp, an auto-stun move that didn't do damage but left your character floating and unable to block for at least seven seconds, an eternity in a fighting game. This was even worse in Dark Resurrection, when the computer learned how to do juggles with three signature uppercuts in a row, which took off about half your health.

The version of the character given to the player, of course, did not have nearly as much priority for the stomp, which also had to be timed with the enemy attack unlike the AI version which could just be done whenever. In a fighting game basically devoid of projectiles, Jinpachi has fireballs and teleports.


The teleports are bad enough, since they're basically instantaneous. But the fireballs? Dear Lord. Unblockable, unjumpable, unduckable. He can toss them out with no charge-up and no cool-down. That means that, even if you get smart, and try to sidestep, he'll just keep shooting until you take the hit. The CPU opponents are inconsistent in their "skill". Tekken 6's Azazel wasn't quite as bad, but had one very specific cheap cheat trick: he blocks while attacking. While attacking. Normally, characters are vulnerable when performing an attack, and an opponent can interrupt them by landing the proper hit on them first.

The only way to reliably hit Azazel is to get behind him and hit him while his back is turned, where he can't usually defend.

To be slightly more specific, Azazel is twice your height, and you hit him in the legs when you attack. And his legs can block while his upper body attacks. It's still a violation of what has been a universal rule of Tekken until right then, and insanely frustrating. To note: most previous Tekken games had bosses that were not too ridiculously powerful to be made available for playable use, and who followed all the same basic rules that every other character did. Jun isn't anything threatening really, so long as you're careful. But those stupid Attack Reversals can be annoying, especially since Reversals are rarely used by the AI.

Unknown however is even more fucking annoying with her many penchants to do a handful of things to interrupt your rhythm: Jinpachi's stun, her branches, her Attack Reversal and that dangerous portal move. That's not counting her increased health and quick regeneration.

And don't even think about building a winning streak. In Tekken 7 Akuma follows the tradition. As a final boss, he can parry your attacks, teleport around the place extremely ' fast, use an unblockable Focus Attack that is also twice as fast as that of his normal version, send 3 Shakunetsu Hadoken in a row which will juggle you for quite some damage, or eat up most of your health if you happen to use an armoured move before being hit , and use an armoured taunt that instantly fills his entire Super Meter , not to mention that his Raging Demon is a One-Hit Kill.

Of course, he also has a utterly obscene damage output.

His parry deserves some elaboration. Not only is he the only character in the game who can do that , but it is instantaneous as well, and the computer loves it. This means that unless you're punishing one of his attacks he can basically decide to take no damage and punish your every move. So, in the highest difficulty setting, you have a character who can perfectly block everything and counter for ridiculous damage while regaining his health of which he also has an obscenely high amount. By Namco, same as Tekken , SoulCalibur has been pretty fair for the most part.

There are the occasional moments when the enemy moves faster than a human, but still feels beatable. Then there's Broken Destiny and the introduction of Dampierre. An extremely devoted player can make him the deadliest fighter on the planet. Rock got a similar annoyance upgrade. He is slightly faster than his SCIV console counterpart and has an arsenal of grabs that can get you while your down or midair , and the AI's very good at chaining them back-to-back for maximum frustration potential.

The computer can decide arbitrarily if this applies to it or not; occasonally for Cervantes, hardly ever for Souledge. Souledge's version also has the advantage of controlling exactly when he launches, thus making it a nightmare when he starts spamming it, which is often, but you can control that too, so that's ok. It doesn't help that they especially the latter often get unbreakable weapons too while they suffer as much as everyone else when you control them, so good luck trying to disarm them. 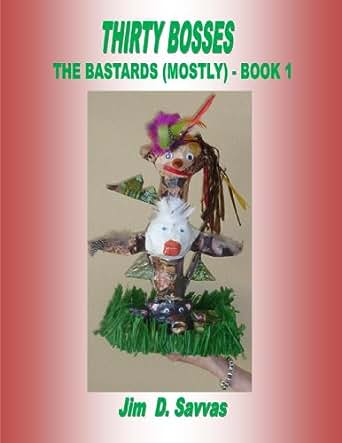 As the weapon gauge is never used again in such a fashion, it is no longer an issue from Soul Calibur Onwards. In the Xbox remake of Dead or Alive 2 , if you are playing Hayabusa yes that one , Ein will block and counter pretty much every move that you ever make. Sure, it starts out easy enough to lull you into a false sense of security, but then the madness begins.

The computer also controls your tag partner Really, its only use is to be a punching bag so you can recover your health. But considering your opponent can usually kill both you AND your tag partner within two seconds, it doesn't help much.

groupdeal309peter.dev3.develag.com/582-app-to.php In DOA 5, it gets even worse once you get to the last four difficulties. You will be countered out of every string you try, usually by the second hit before the AI springs into a combo that damages at least half your health. There are ways around this, but once you get to survival mode, good luck. All four courses require you to defeat opponents, in a row, with one health bar.

In Naruto : The Broken Bond , the computer is seemingly able to use the Rage Mode which speeds them up and makes them take no damage from anything but damage-dealing jutsus in the middle of a combo. Nevermind that if you make one mistake you get totally owned. They'll juggle you, never letting you even block.

If the computer makes a mistake it doesn't matter because you have to have pretty much perfect timing to hit them at that moment anyway.

The Naruto: Clash of Ninja series avoided this for the most part, usual computer tendencies aside. Then English releases began to be developed by American developers instead , and now we have story mode enemies who have no stagger animations and Perfect-Play A. These aren't even optional challenges- you HAVE to kill these people to proceed.

The optional challenges involve similar things, only with the difficulty turned Up to Eleven by better AI. Especially the Chiyo and Jiraiya fights. Both have insanely high attack and defenses, and can either poison you Chiyo or regain health Jiraiya. Naruto Ultimate Ninja Heroes 3 has this in four distinct types. Repeat until death. It also lets them set up an Unblockable attack. Tactics like continuous healing work twice as well and as fast as they do for you.

Super Godzilla for the Super Nintendo did this against, well, pretty much everyone. Your own fighting spirit a measure of how strong your techniques are rises pretty slowly, compared to the UFO which is nearly permanently at maximum, or Mechagodzilla, who can go from nothing to max in a heartbeat, and teleport-body-slam you in the process. He will then use eye lasers just to mess with you.